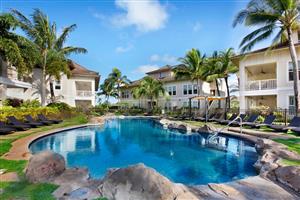 At long last, Oscar-winning director Lee Unkrich has sold his Hawaii home. The coastal estate, which had waffled on and off the market for the better part of a decade, just traded hands for $6.3 million, records show.

Unkrich, who left Pixar last year after a quarter-century run during which he directed such hits as “Toy Story 3” and “Coco,” first sought $12.5 million for the property in 2011. It was most recently relisted late last year for $6.8 million.

It’s perched on a bluff on the North Shore of Kauai, taking in sweeping views of the ocean and a 3,000-foot secluded stretch of sand known as Secret Beach. The two-acre spread centers on a stylish abode that the listing describes as “tropical Craftsman.”